Fireworks to ring in the New Year on Saturday 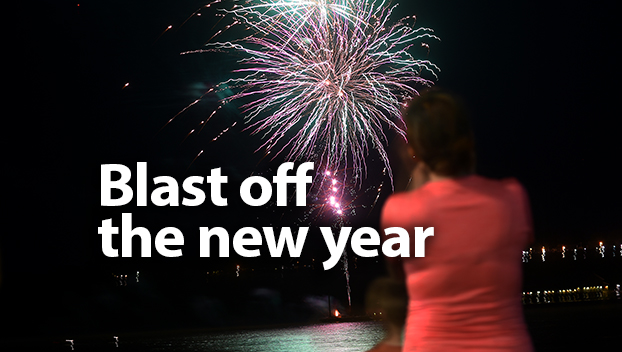 The Mississippi River will be lit up in fireworks on New Year’s Eve this year. (file photo)

NATCHEZ — Fireworks are scheduled to ring in the New Year Saturday beginning at 6:30 p.m. on the Mississippi River.

The best views are anywhere on the Natchez Bluff or the Vidalia Riverfront. The fireworks show costs about $1,000 per minute and all funds are donated by area supporters.

“We have $2,500 to go,” she said. “Not too far at all. We’re going to do about a 10-minute show with the same mixture of large fantastic fireworks and smaller ones that go off in intervals to really wow everyone.”

The show starts at 6:30 p.m. New Year’s Eve for two reasons, safety being number one, she said. Number two is to allow police officers the room to patrol properly around the crucial midnight hour.

“We understand that police officers have to help with parking during the show and that they really need to be out covering other areas around midnight,” she said. “We want to get it done and get everyone home safely so the police can get back to the important work that they do.”

In the event of a little rain, the show will go on, Doré said. If the rain is so heavy that it prevents the enjoyment of the show, it will either be postponed to later in the evening or canceled and the funds will roll over to the next firework show on July 4.

It’s not too late to become a sponsor, she said.

“You can go to our website, missloufireworks.com, click become a sponsor and there you’ll find the form to make your pledge,” Doré said.