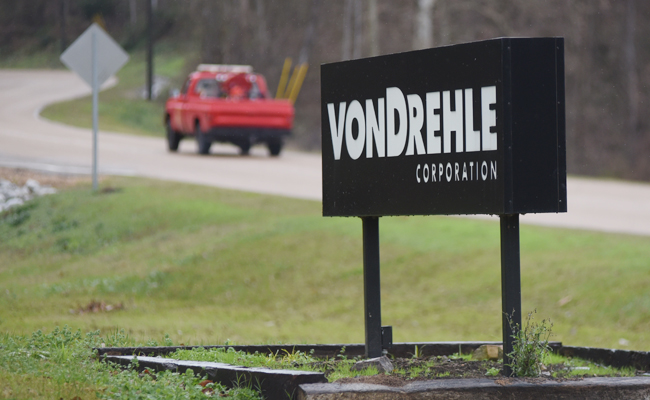 NATCHEZ — The leader in economic development for the Miss-Lou said the recent acquisition of von Drehle Corporation by Marcal Paper should greatly benefit both companies, and thus their communities.

“It is something that has been in the works over the last year,” Chandler Russ, Executive Director of Natchez Inc., said. “We look forward to working with Marcal with the same intensity level as we had with von Drehle and extend our relationship to see that additional investments come to our Natchez facility. Marcal has a rich and long history in the paper production business and we welcome them to our business community.”

Workers at the Natchez facility which employs approximately 140 people said spirits are high as the facility takes on a new name. Terms of the transaction were not disclosed, though the paper company said little changes are planned for the Natchez facility other than a name change to Marcal, Natchez and that it will operate as a division of Marcal Paper.

For nearly a decade, von Drehle Corporation’s Natchez facility has been located at 30 Majorca Road at the former Mississippi River Pulp facility, which closed in November 2012.

Von Drehle corporation provides tissue products for the “away-from-home market,” such as businesses and corporations, hotels, hospitals and airports.

Founded in 1974, von Drehle is headquartered in Hickory, North Carolina. The company’s more than 500 associates operate production facilities throughout the southeast United States and in Las Vegas, Nevada.

“Today’s news provides a stable path forward for von Drehle where our talented team members can thrive, and our customers will be even better served as part of Marcal,” said Randy Bergman, former CEO of von Drehle Corporation. “Our roots as family-owned businesses and longtime leaders in the tissue industry have laid the foundation for a future that is stronger together.”

He added, “Marcal has a long and established record of delivering high-quality products and services to our customers. Today’s announcement marks the beginning of the next chapter, and an exciting growth step for our company.”

Marcal Paper states the company’s broad product range and enhanced scale help expand Marcal’s footprint to service customers all along the East Coast and across the country.

“Today is an important day for Marcal Paper as we are excited to welcome the von Drehle associates to the Marcal family,” said Rob Baron, President and Chief Executive Officer of Marcal Paper. “Over the past few years, our team has successfully weathered several storms, including the impact of the COVID-19 pandemic, and come out stronger for it. This transaction is the next step on our growth journey, and von Drehle is the right team with whom to partner. We share a commitment to being environmental leaders, community stewards and trusted employers and we take great pride in our shared histories as family-owned companies.”

Marcal Paper is headquartered in Elmwood Park, New Jersey just outside of New York City and employs more than 900 associates across 10 facilities along the East Coast and in Las Vegas, Nevada, the company states.

Founded 90 years ago, Marcal Paper is also among the oldest tissue manufacturing companies in America that started as a small, family-owned business.

The industry boasts its ability to manufacture affordable and sustainable paper products with recycled materials.