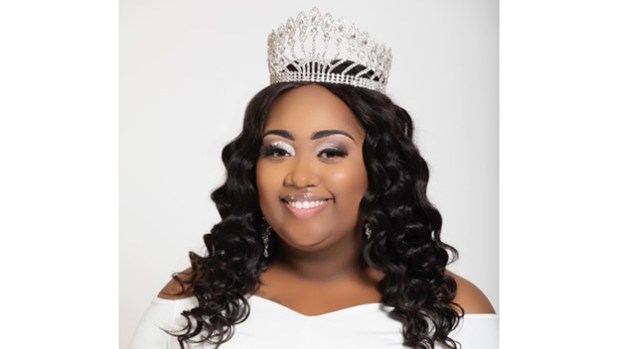 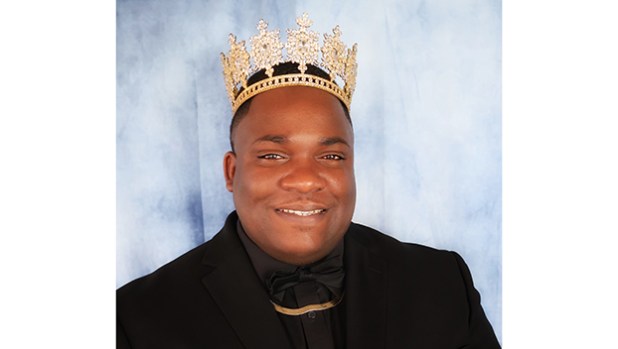 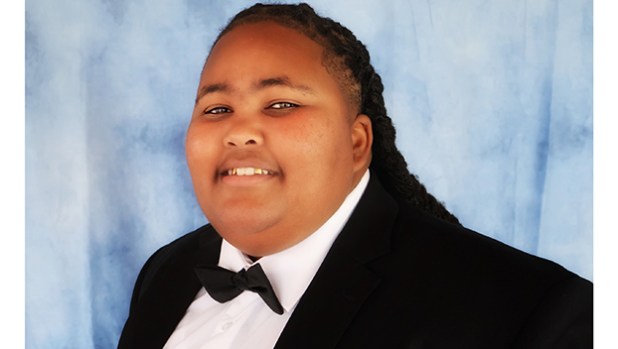 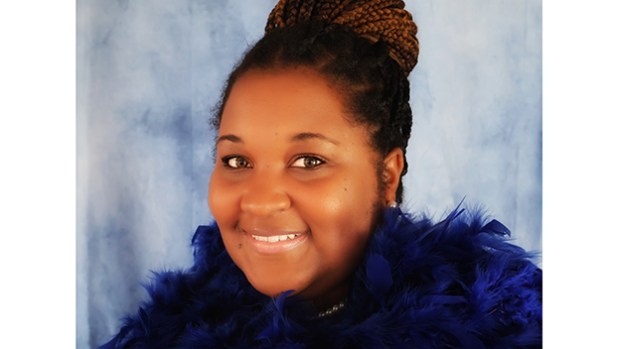 The Krewe of Infiniti will celebrate the Mardi Gras Season on Saturday, Jan. 7, 2023, at the Natchez Convention Center with its annual ball and presentation of the 2023 Royal Court.

Doors close at 8 p.m. and the attire is floor-length gowns and tuxedos.

Captain Avery DaShun Green is a Natchez native. He is the son of Mr. Dwayne King, Sr. and Mrs. Diane Smith. He is a 2008 graduate of Natchez High School. Green attend Jones County Junior College and now enrolled at Strayer University where he is currently majoring in business marketing. He is employed by the Natchez-Adams School District and as an assistant funeral director for West Gate Funeral Home.

Captain Green is an active member of Mount Olive Missionary Baptist Church where he serves as the choir president.  In Avery’s spare time, he enjoys traveling, hunting, ﬁshing and spending time with family and friends.

During football season Avery spends his time on Saturdays cheering on the Alcorn Braves and Sundays with the DALLAS COWBOYS.

Duke Johntrell Ja’mond Irving is a Natchez Native. He is the son of the late Johnny Minor and Theresa Irving. Johntrell is the proud husband of Sedni Irving and father of Kaellon and Peyton Irving. He is a 2005 graduate of Riverside Baptist Church School. Johntrell attended Copiah Lincoln Community College where he obtained his Commercial Driver’s License. He is the co-owner and operator of Grip & Grab Logistics.

Johntrell is a member of Second Union Baptist Church. In his spare time, Johntrell enjoys spending time with family and friends. During football season Johntrell spends his time on Saturdays cheering on the LSU Tigers and Sundays with the Baltimore Ravens. Johntrell has proclaimed himself as the Baddest DJ in Natchez.

Duke Jamie Lamonte Smith is a native of Natchez.  He is the son of Mr. and Mrs. Jimmy Smith.

Jamie is a member of Pilgrim Missionary Baptist Church and attends The Word of God Christian Church in Cypress, Texas. He is also a member of Alpha Phi Alpha Fraternity, Inc.  In Jamie’s spare time, he enjoys traveling, playing basketball, and spending time with family and friends. He has one brother, Je’Kel Lamar Smith, two nephews (Caiden and Logan), two nieces (Kerrington and Aniya), and a dog name Mello.

Duke Justin Winston Gaylor is a Natchez Native. He is the son of Luvenia W. Gaylor and the late Robert Lee Gaylor. He is a 2010 graduate of Natchez High School. He attended Copiah Lincoln Community College and Mississippi State University and has a degree in Criminal Justice. He is the father of three daughters 11-year-old Peyton, 7-year-old Kaylee and 6-year-old Harlee. He is employed as a manager with City Gear of Natchez. In Justin’s spare time, he enjoys traveling, listening to music, dancing, and watching sports with his family and friends.

She is proud alumna of the Ferriday High School Class of 2003. While in high school, she was a member of the award-winning FHS Marching Trojans Band and a lead vocalist of her school’s stage band, D-Man Inc.

Tiffany is a disciple of the Zion Hill Baptist Church in Ferriday pastored by LeRoy White, where she is a member of the choir. She also is a member of the church’s singing group, The Voices of Zion, which has had the opportunity to open for the Grammy Award-winning gospel artist Yolanda Adams. Tiffany’s love of ministering, singing and children also gave way to the opportunity to serve as director of the youth choir at the New Morning Star Baptist Church and the leadership of Pastor Danny Lewis.

In her spare time, Ms. Davis enjoys spending time with her family, especially her nephews and niece. She also loves singing, attending sporting events and working with the kids in her community. Tiffany believes that the true measure of a man is not what he gets from others but how much he gives to others. Her favorite Bible verse is, Philippians 4:13, “I can do all things through Christ which strengthen me.”

Aronica is a 2002 graduate of Natchez High School and a 2005 graduate of Virginia College of Jackson, MS where she received her associate degree in Administrative Office Medical Assisting and Medical Management. She’s employed with Strom Engineering and the owner of Aronica’s Gifted Hands.

She is the daughter Mr. Autry Clayton, Jr. and Mrs. Constance Clayton. The wife of the late Dr. Kejuane Bates, they were married for seven years, and the proud mother of Madison Bates.

After the passing of her amazing, loving husband, Chelsea relocated to Little Rock, Arkansas, where she currently resides and is currently employed by the Little Rock School District.

Chelsea’s favorite quote is “For I know the plans I have for you, declares the Lord, plans to prosper you and not to harm you, plans to give you hope and a future.”-Jeremiah 29:11

Returning Queen Meishalette is a native of Natchez.

She is the daughter of Darryl and Victoria Bassett.

Meishalette is the wife of Roderick Allen. She is also the proud mother of Melanie and Ryleigh Allen and the Godmother of Branson Collins. Queen Meishalette is employed with Southwest Mississippi Mental Health where she is an Intensive Community Outreach Therapist.

Returning Queen Meishalette is a 2009 graduate of Natchez High School. Meishalette attended Alcorn State University where she earned her Bachelor of Arts’ degree in social work in 2013.

She is also a graduate of Walden University where she earned her master’s degree in social work in 2021.

Returning Queen Meishalette is a member of the Order of the Eastern Star, Lucinda Robinson Chapter No. 4. She is also a member of Zeta Phi Beta Sorority Inc., Chapter Chi Nu Zeta.

Meishalette loves online shopping, singing and spending time with her family and friends.

Her motto is, “Each new day I awake is brand new day for me to get it right. I work hard today because I often think there is no tomorrow. For God is my backup when my backup backs up.

He was raised by his grandmother Deloris Kelly and great-grandmother, the late Rosie Lee Kelly and is married to his beautiful wife of 8 years, Mrs. Carrie Lee Schiele. They have one son, Solomon D. Yearby, and three God-daughters, Tiniya Swanson, Amber Lewis and Sha’Kyna Sheppard.

He is a 2010 graduate of Ferriday High School and returned to school at Stratford University, receiving an Associate’s Degree in Business Management/Administrative.

He is employed at Concordia Parish Sheriff’s Department as the chief bailiff for the Seventh Judicial District courts and at the Jonesville Police Department at Lieutenant over the patrol division.

He is also a member of St. Thomas Baptist Church, where he is the choir director. He is the founder of the Krewe of Infiniti, a member of the Most University Grand Lodge for the State of Louisiana AF&AM mason, Ferriday Lodge No. 101 as the Past Senior Warden and Star of Love No. 96 as the Worthy Patron. He is also involved in many community and professional organizations.

He loves cooking, entertaining family, hanging out with friends and, “just being ingenious.”

His mottos are, “Failure is not an option,” and “Success doesn’t happen without hard work.” 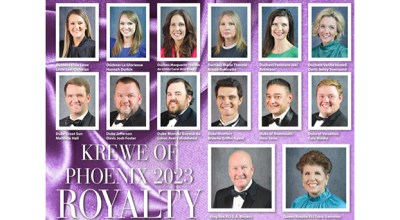 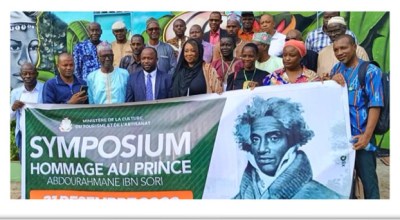