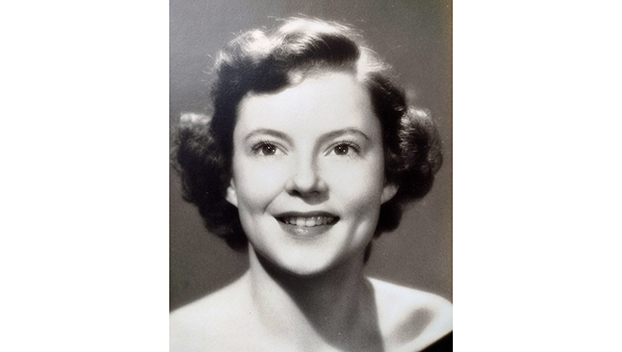 Bettina Euart Muelling Barnes died on Dec. 28, 2022, at Christwood Retirement Community in Covington LA at the age of 93. She was born in Mobile, AL on Nov. 25, 1929, to the late Rudolph Julius Muelling, Sr., and the late Anna Euart Hightower. She attended Gulfport High School and All Saints’ Episcopal College. She graduated from Newcomb College in 1950 with a BA in Philosophy.
She married Robert Henry Barnes in 1950. Following their marriage, they moved to Natchez, MS, where her husband opened a medical practice. In 1953, they moved to Rochester, MN, for his Fellowship at the Mayo Clinic. After completing his Fellowship, they moved back to Natchez, MS where they raised five daughters. In 1970, she returned to college and received a doctorate in Psychology from LSU in 1973. She opened a practice in Child Psychology and became known as Dr. Bettina.
In 1993, she was named an Unsung Hero for Natchez, MS, where she was described as “A leader in the development of psychological counseling for disadvantaged people in southwest Mississippi.”
Her work in establishing a Parents Anonymous group, a board member of Catholic Charities, and her help in founding the Natchez Child Abuse Team for connecting troubled families with available resources.

She and her husband were very strong in their faith and active in Trinity Episcopal Church in Natchez, MS, and founding member of the Church of the Good Shepard in Vidalia, Louisiana, and members of Christ Episcopal Church at the Christwood Community in Covington, La.

Bettina and her husband, Bob, loved to travel all over the world with children, grandchildren, and friends and loved returning to their home in Natchez.

In 2010 they moved to Christwood Retirement Community in Covington, LA where they continued traveling and entertaining friends. They especially loved planning the annual Christwood trip to Natchez, MS for the Christwood community.
She was preceded in death by her husband of 71 years, Robert H. Barnes; her daughter, Bettina Lee Barnes; her brother, Rudolph Julius Muelling, Jr. and her niece, Sarah Louise Muelling.

There will be a Christian burial and celebration of life held on a future date in Natchez, MS.

The Family would like to thank Notre Dame Hospice and the entire staff at Longleaf Cognitive Care at Christwood Retirement Community for the loving care, incredible kindness, and support during this time. We would like to give special thanks to nurses, Heather Lash and Ian Thompson for everything the best of care and support.