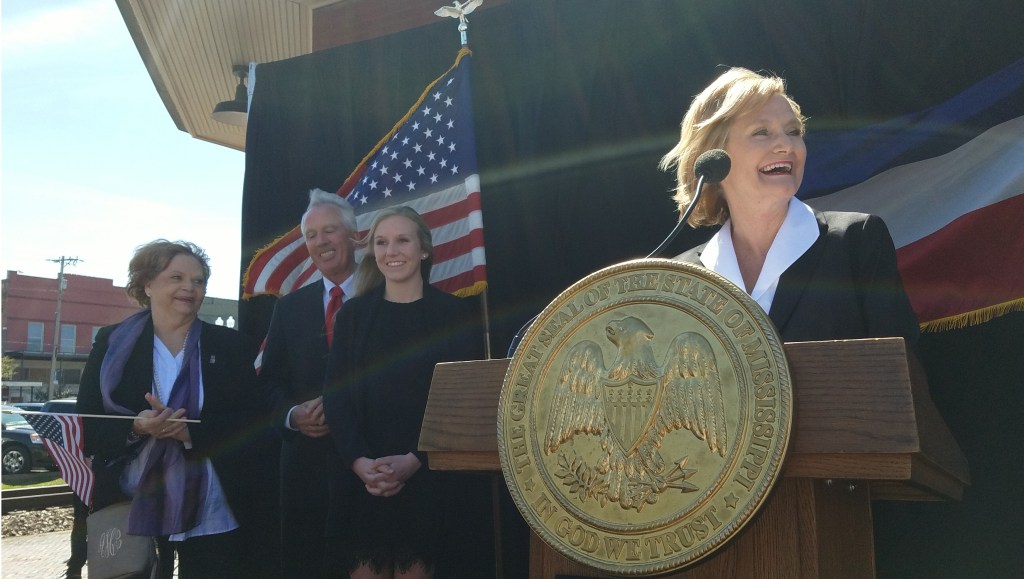 Brookhaven's US Senator Cindy Hyde-Smith was a co-sponsor of an act to fund Chronic Wasting Disease research and management. It was signed into law by the president last week in a house resolution. (File Photo)

Work will be carried out through the USDA cooperative agreements with state wildlife agencies like the Mississippi Department of Wildlife, Fisheries and Parks. Hyde-Smith previously authored a bill in 2019 to fight the disease which poses a threat to Mississippi’s 1.75 million deer. The bill in 2019 came a year after Mississippi detected its first positive in Issaquena County.

Since then, Mississippi has detected 174 positives of CWD with the majority of cases being in North Mississippi’s Benton and Marshall Counties. Economically, hunting, fishing and outdoor recreation supports 33,584 jobs in Mississippi and generates $3 billion annually.

“The spread of Chronic Wasting Disease is a major cause for concern. We must dedicate more resources to understanding the cause, spread, management and control of this always fatal disease,” Hyde-Smith said.

The bill authorizes $70 million to be used in each fiscal year from 2022 to 2028. Research will be prioritized for methods to effectively detect CWD in live cervids and the environment, testing methods for non-live cervids, genetic resistance to CWD, sustainable cervid harvest management practices to reduce CWD occurrence and factors contributing to the local emergence of CWD.

Management priorities under the bill will be areas with a high concentration of CWD, like Marshall and Benton Counties, jurisdictions demonstrating the greatest financial commitment to managing, monitoring, surveying and researching CWD, efforts to develop comprehensive CWD management policies and programs, areas showing the greatest risk to an initial occurrence of CWD and areas responding to new outbreaks of CWD.

The bill also authorized the USDA to fund state and tribal agencies to develop educational materials to inform the public on CWD and requires the USDA to review its herd certification program within the next 18 months.

Captive cervids are the greatest area of concern for spreading of the disease due to their unnatural congregation. The MDWFP commission recently received an opinion from the attorney general’s office which could enable them to loosen regulations on the sale and trade of captive deer.

Louisiana detected a second positive case of Chronic Wasting Disease last week in Tensas Parish. It first confirmed the disease in January 2022 but has been vigilant in surveillance for the disease. Mississippi, Arkansas and Texas each have CWD positives near the Louisiana border so deer program director Johnathan Bordelon has worked with hunters to collect samples in order to find the disease. Tensas Parish remains the only parish in Louisiana with a CWD positive to date.

MSU’s Deer Lab recently finished a video series educating hunters in surrounding states about Chronic Wasting Disease. The 13 videos were funded through the USDA and other MSU Deer Lab projects such as the relationship between feral hogs, deer and chronic wasting disease are currently receiving funding.

Videos from MSU’s Deer Lab can be found on their YouTube page under MSU Deer Lab TV. Bronson Strickland, Jennifer Ballard and Jason Summers work to explain a complicated disease through short and easy to understand illustrated videos.