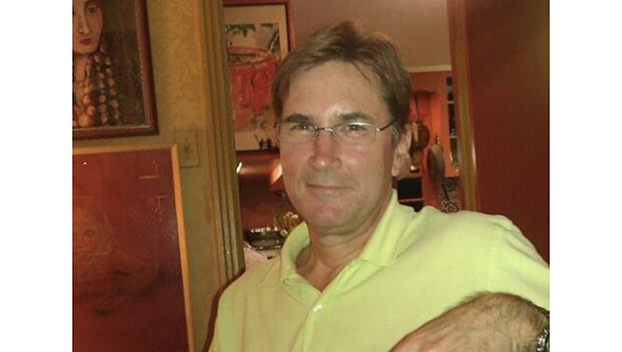 Johnny attended Trinity Episcopal High School (class of 1977), and he earned a Bachelor of Science degree in biology from Tulane University. He worked as a Health Physicist at Grand Gulf Nuclear Power Plant for many years. Johnny was a charter member of the Governor Holmes Invitational. He loved to paint and make music with his friends. Johnny said that engaging in the process of artistic creation “saved his life.” He was also an avid amateur astronomer and knife thrower.

Johnny is best remembered for his infectious enthusiasm for everything he did. He never missed a chance to help and encourage everyone who knew him. Johnny’s giving of himself seemed limitless. Johnny leaves a multitude better off for knowing him.

Johnny’s family would like to recognize Bayard Watts for embracing the opportunity to be there for his father. Such sacrifice and loving devotion inspire us all. Johnny’s family would also like to thank Carla Jenkins for her years of devotion to her friend and especially for giving Johnny such a warm and caring place in which to hospice. A special thanks to Bettye Jenkins for her friendship with Johnny. We would also like to thank Teddi Jones and her darling children who loved “Mr. Johnny”, Compassus Hospice Care, Addie Bass, the Night Nurse, Jackie Hudspeth, and Magen Dollar, the Hospice nurses, and all of Johnny’s friends who stopped by, played music for him, or just loved him in these last few weeks.