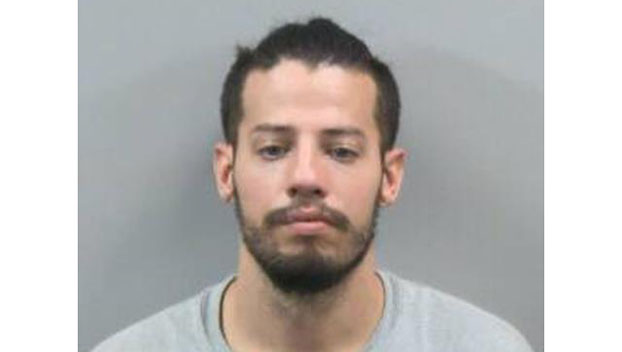 VIDALIA, La. — Concordia Parish Sheriff’s Office, aided by Louisiana Bureau of Investigation officers, arrested a wanted man in New Orleans on Tuesday for corresponding illegally with a child over the internet.

On Jan. 4, the CPSO Cyber Crime Unit began investigating James B. Card, 33, of New Orleans, who began communicating with what he believed to be a child online.

He reportedly engaged in lewd conversations and sent multiple sexually explicit photos of himself while soliciting the same in return.

Despite attempts to conceal his identity, investigators identified Card, who was also wanted by two separate agencies in North Carolina for multiple counts of exploitation of a child, including online solicitation and transmitting child pornography to a minor.

He was discovered at a rooming house in New Orleans and detectives made contact with the Louisiana Bureau of Investigation Cyber Crime Unit there.

Agents obtained a search warrant for the residence, which was executed on Tuesday, resulting in his arrest.

Card faces charges from Concordia Parish of indecent behavior with juveniles and computer-aided solicitation of a minor.

Sheriff David Hedrick thanked Attorney General Jeff Landry and the L.B.I. agents for their quick assistance in this matter.

“Both agencies are committed to continuing to work together, combating child exploitation in the State of Louisiana,” he said.