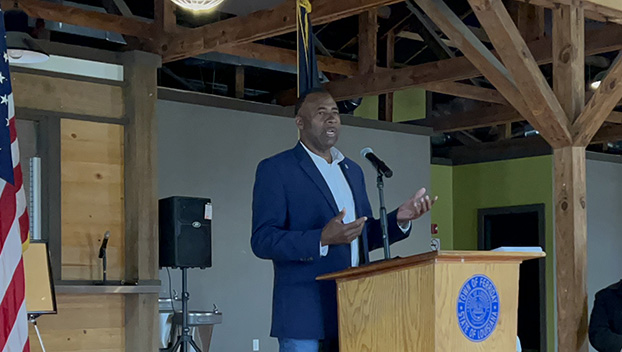 The Ferriday Board of Aldermen voted to enter a contract with Cedric Floyd of Data Center Reapportionment to redistrict according to state requirements after the 2020 US Census found the town was malapportioned. The cost of his service is $6,500, according to Mayor Rydell Turner.

By law, each district has to have an equal voting population within a 10 percent margin at least four weeks before municipal qualifications begin in December 2023, Floyd said. Ferriday has a 33 percent in deviation, census results show.

Keys said he wanted to see maps before hiring Floyd, which Floyd said he could not do.

“I can’t work until you approve the contract,” Floyd explained, stating he sent a map showing the town’s current districts to the mayor to show that the town is malapportioned.

In other matters during Tuesday’s meeting, the board postponed discussing a garbage rate increase that was on Tuesday’s agenda. A $10 rate increase has been proposed. Ferriday trash contract with Waste Pro lasts until May 2026.

CPA David Vercher with The Vercher Group based in Jena presented the town’s 2021 financial audit. Ferriday had a total net position of approximately $3.5 million in general funds, which decreased 5.2 percent from the prior year.

The general fund included revenue of $2.4 million and expenditures of $2.6 million, which is a deficit of $271,148. Funds were transferred to the general fund from utilizes for a total loss of $63,058.  The town’s main revenue source, sales taxes, totaled approximately $1.5 million.

The audit included five findings. One was for the town’s failure to pay the Louisiana Department of Health’s Safe Drinking Water Fee.

The town owes the state approximately $54,526 for 10 years’ worth of fees, from 2002-2012. These fees pay for the state’s monitoring of the water system with the monthly collection of samples and inspections.

The town also received a finding for old checks the town issued that didn’t get deposited by their recipients and were not reissued or put on an unclaimed properties list.

The town received another finding for the untimeliness of the audit. Vercher said his company had a late start on the 2021 audit because the town delayed paying for the 2020 audit.

The town’s revenue and expenditures exceeded the budget by 5.6 percent, which anything over 5 percent results in a finding. Failure to amend the budget to avoid the 5.6 percent deviance resulted in the final finding.