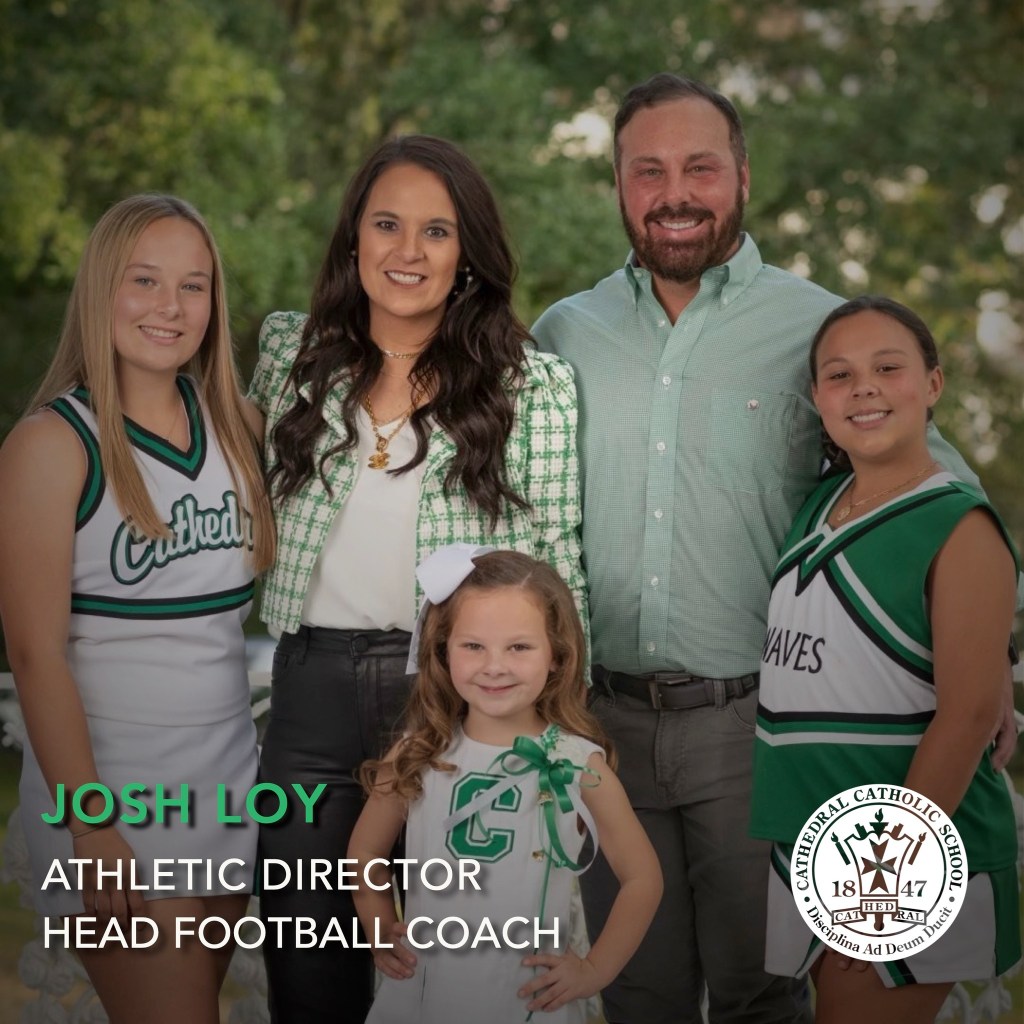 A veteran coach, Loy has spent the last three years as offensive coordinator at Vidalia High School. Prior to that, he was head coach at Trinity Episcopal School, leading the Saints to a MAIS Class A state championship in 2013. He had coaching stints at Cathedral High School, Adams County Christian School and Natchez in years prior.

Loy, a graduate of Cathedral, replaces longtime athletic director Craig Beesley, who retired in fall 2022, and former head football coach Chuck Darbonne, who resigned at the end of the Green Waves’ 3-7 season in 2022.

In talking about the search for a new coach and athletic director, the Rev. Aaron Williams emphasized the desire to build winning athletic programs that also instill character and integrity in student athletes.

Williams said the goal is to win, he always wants to win, but the program needs to be building the kids up in the right way. Before Cathedral, he walked the sidelines at St. Joseph Catholic in Greenville “I like to build a winning program. I don’t want to sacrifice it at the standards of behavior and honorability,” he said. “It is exciting to be here on Friday nights. I’m interested in seeing the whole athletic program come together. One weakness I have noticed is the different sports are separate. We need to have a common vision of what we want to do. It will help us build a more effective program. We want to improve our culture. One complaint this past year was about the discipline of the kids. To some extent, that comes to improving the administrative side. We have to put the right people in positions to help us form these kids.”

This is a developing story. We will continue to update.