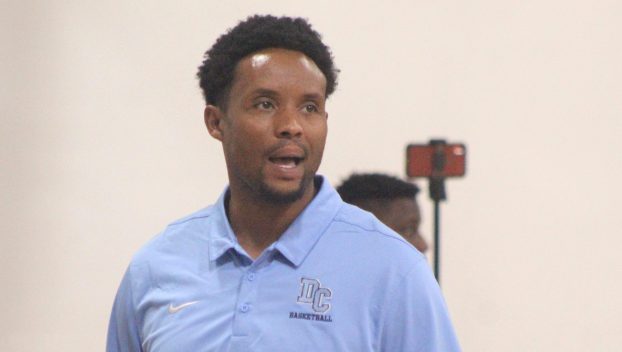 FERRIDAY — Even though Delta Charter School and Sicily Island High School’s varsity basketball teams are still district rivals even after being moved to a new district, at least this year the rivalry between the two schools isn’t what it has been.

In the varsity girls’ game, Sicily Island had no answer for Delta Charter sophomore guard Roniya Ellis, who finished with 25 points to go with 13 rebounds. Another player for the Lady Storm who stepped up was senior guard Chyann Lee, who poured in 15 points.

“Coming into this game, we knew that Sicily Island was a little down on talent this year,” Lady Storm head coach Ronald Ellis said. “We just tried to come out and stay focused for the following games.”

Sicily Island improved on the offensive end in the third quarter, but was still outscored by Delta Charter 16-9, giving the Lady Storm a commanding 43-11 advantage.

“We worked on some things that we need to work on. We tried to get a lot of the girls some playing time,” Ellis said. “They come to practice and work hard.”

“We have some key games coming up. Our girls play Peabody Wednesday night. They’re a 4A school out of Alexandria. They’re a good team,” Ellis said. “Them and our district opponent, which is Delhi (High School) next week.”

In the varsity boys’ game, Delta Charter took control of the game early and didn’t let up. By the time the first quarter was over, the Storm led Sicily Island 18-2. It was more of the same in the second quarter as the Storm outscored the Tigers 22-2 to take a 40-4 lead into halftime.

While Ellis said it was a big win for his team as far as the district standings are concerned, he added, “Their boys are down, too. We take every win, but with the power points system, if your opponent doesn’t win any games, it doesn’t help you. It gives us some momentum, and it gives us a win.”

Delta Charter shutout Sicily Island 12-0 in the third quarter for an insurmountable 52-4 lead. The Tigers were able to outscore the Storm 11-6 in the fourth quarter.

“Just staying focused and the defensive effort,” Ellis said when asked what the keys to the Storm’s win were. “When you know teams are down, you tend to lose focus on what you do in practice.”