Man pretending to be minor arrested for soliciting minors online

VIDALIA, La. — During the first week of January, the Concordia Parish Sheriff’s Office Cyber Crime Unit began an investigation into an adult man pretending to be a juvenile and chatting online with what he believed to be another child. 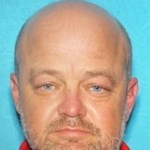 On Sunday, Rankin County Sheriff’s Office deputies assisted CPSO with the arrest of 50-year-old Adrian Scott Taylor of Brandon, Mississippi, on charges of computer aided solicitation of a minor and indecent behavior with juveniles.

He was reportedly using a false name along with age regressed photos of himself in an attempt to conceal his real identity.

During the communication, he took on a “father-daughter” roll, during which he would pretend to be the “daughter” and engage in detailed conversations about sexual activity. He would then communicate as the “father” from a different phone number, also engaging in conversations of a sexual nature.

Additionally, he requested lewd photos and discussed meeting to take the child “shopping.” He was positively identified by way of phone records and discovered to be living in Brandon, Mississippi. Detectives made contact with the Rankin County Sheriff’s Office who confirmed through intelligence, that the subject in fact lived alone and had no daughter.

Warrants were obtained for his arrest and he was taken into custody by RCSO on Sunday without incident.

Sheriff Hedrick would like to thank the Rankin County Sheriff’s Office for their assistance in the investigation.

All persons are presumed innocent until proven guilty.