NATCHEZ — Adams County Sheriff’s deputies are investigating a shooting that occurred on Sunday evening at the Broadmoor Community Center.

Deputies were at Merit Health Natchez on an unrelated incident on Sunday when Natchez Police officers brought Kadarrius Terrell to the hospital’s emergency room. Terrell was suffering a gunshot wound to his lower back. 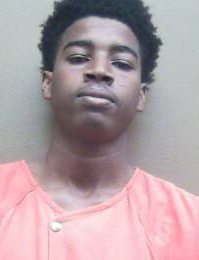 Natchez Police officers were conducting a traffic stop on Linda Lee Drive when Terrell pulled his car over at the scene of that traffic stop and told officers he had been shot at “The Grill,” another name for Broadmoor Community Center. Terrell told police he didn’t know if he could drive himself to the hospital because he was light-headed, said Adams County Sheriff Travis Patten in a press release.

NPD officers transported Terrell to the emergency room while other officers stayed with Terrell’s vehicle until Adams County Sheriff’s deputies could arrive to take possession of it.

Patten said that several investigators, the Special Operations Division, and the command staff were at the hospital when Terrell arrived and immediately responded to the vehicle and the crime scene.

Deputies arrested Chauncey Daequan Calvin, 18, 14 Jason Court, who they suspect to have shot Terrell. He has been charged with aggravated assault by using a deadly weapon.

Patten said his investigators have “a lot” of physical and digital evidence to process and additional people to interview. He expects more arrests to be made in the next couple of days.

The actions and communications with officers from the Natchez Police Department with his deputies throughout the night and their assistance helped contribute to the quick arrest of the person thought to be responsible for shooting Terrell. He said deputies with his Special Response Team had been assisting Jefferson and Claiborne County with the arrest of a murder suspect in Claiborne County most of the day, and then almost all of them were out all night on the case.

“I have a special group of deputies that are truly dedicated to doing whatever it takes to help keep this community safe and lend assistance to surrounding agencies. I could not be more blessed to have these deputies,” Patten said.