VIDALIA, La. — A Woodville woman is now in the Concordia Parish Jail for allegedly taking another woman against her will at gunpoint. 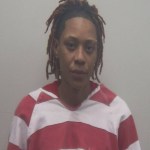 At approximately 4:30 p.m. on Monday, Concordia Parish Sheriff’s Office deputies received a report from someone stating they witnessed a female being taken against her will at gunpoint.

Investigators identified the suspect as Sasha L. Carter, 28, of Woodville.

Wilkinson County authorities were on the lookout for Carter’s vehicle and initiated a traffic stop at around 6 p.m.

The suspect was taken into custody without incident and the victim was transported to safety.

Sheriff David Hedrick thanked both the Wilkinson County Sheriff’s Office and Woodville Police Department for assisting in the incident.

Carter faces a charge of second-degree kidnapping. All suspects arrested are presumed innocent until proven guilty, the sheriff’s office states.