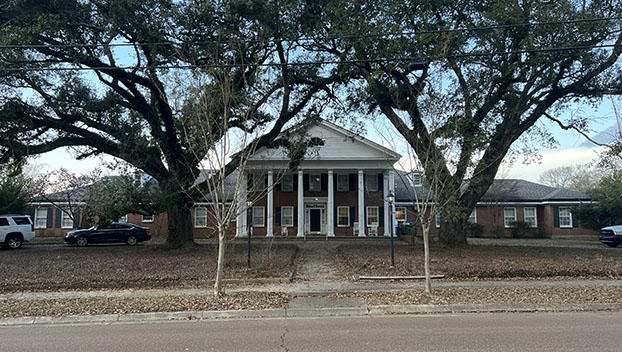 A recent photo of the former Natchez Children's Home at 806 N. Union St., which reopened in early January as a crisis stabilization unit for children and adolescents. (Sabrina Robertson | The Natchez Democrat)

NATCHEZ — Occasionally, Natchez residents may receive a letter in the mail about a new business that proposes to open in their neighborhood, but that didn’t happen when a youth crisis stabilization unit opened early this year at the former Natchez Children’s Home.

According to Frankie Legaux, director of Planning and Zoning for the City of Natchez, the center’s owner followed a process that didn’t require rezoning the property, hence why no neighborhood notices were sent.

The property, located at 806 N. Union St., is zoned as R-3 Mixed Density Residential, and likely has been for years, Legaux said. “I can’t speak to how long it has been that,” she said.

The 28-bed center, opened by Tina Bruce of Bruce Professional Counseling, provides inpatient treatment for children and adolescents ages 6 to 18 living with mental health difficulties. Bruce has said previously the center has been certified by the Mississippi State Department of Health and the clients are “with Children Protective Services and have several different behaviors. The state has custody of them.”

Legaux said the R-3 designation is used for multi-bed facilities such as the former children’s home and bed and breakfast establishments.

“There’s also space on the back of that letter where they can write their concerns and mail it to my office,” Legaux said, explaining how those who are not available to attend meetings can still be heard.

However, because the property was already zoned for a multi-resident use, Bruce only had to apply for a privilege license, which does not require planning commission approval.

Mayor Dan Gibson has said the city attorney is investigating whether or not the “daycare service” is the correct business type.

“We don’t have a final outcome yet,” Gibson said. “We want to make sure that any enterprise serving the public and serving our children is following every law and, in addition to that, any commercial business or any operation is following our zoning ordinances.”