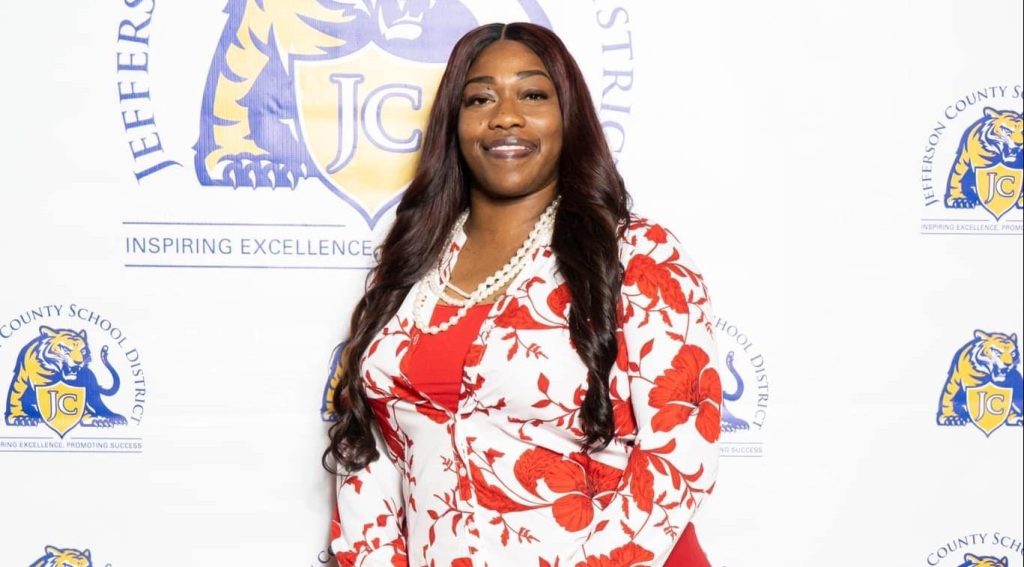 Tiffany Houze was named Jefferson County Elementary Teacher of the Year. She is a graduate of Natchez High School.

Houze joined Jefferson County School District in 2014 as a kindergarten teacher.  She currently teaches second grade at Jefferson County Elementary.  She is a member of the School Leadership Team, the PBIS committee, and the National Society of Leadership and Success.

She is the daughter of Henry and Dorothy Houze, the proud mother of two sons, Brentzen and Caden, and the sister of Magella Knight.  Houze attends Pilgrim Missionary Baptist Church in Natchez, MS.  She is a proud member of Delta Sigma Theta Sorority, Incorporated.  Houze enjoys spending time with her family and friends and loves to plan events and travel in her leisure time.

Houze’s educational legacy traces back to her grandfather and grandmother, the late Arthur and Olean Bingham.  Mr. Bingham was the principal at Liddell High School, and Mrs. Bingham was an educator for many years in Fayette.

Houze said she always wanted to follow in her mother’s and father’s footsteps in becoming an educator.  Her goal is to create academically engaging learning experiences through an environment that fosters creativity and curiosity conducive to learning.  Her work is rooted in the belief that an excellent education is foundational to life’s success.

“Ms. Houze is an extremely dedicated educator who believes in being prepared and ensuring all her students succeed,” said principal Shameka Woods.  “She is passionate about perfecting her craft and implementing anything suggested.  She has ideas that benefit the entire school and is the definition of a true team player.  We are blessed to have her passion at JCES.”