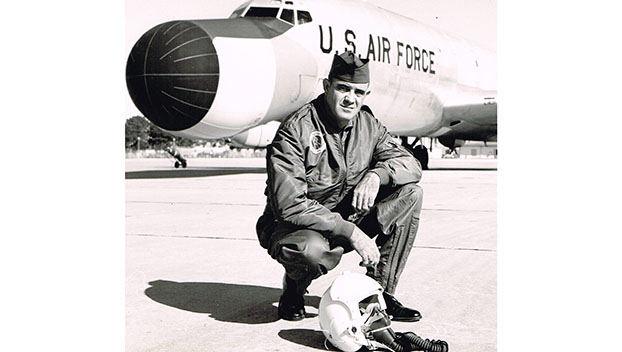 NATCHEZ – William Harvey “Bill” Eddy passed away peacefully in his sleep at EAMC hospital in Auburn, Alabama on the morning of Jan. 7, 2023, at the age of 93.

While in the Air Force, Bill traveled the world and was stationed in Alaska, Florida, Colorado, and the Philippines. He was part of the flight crew that transported Apollo 11 moon rocks to Houston, TX. He retired from the USAF in 1976 and went to work in the shipyards of Pascagoula building destroyers. He finally retired from all forms of employment in 1993.

Bill met Iris Poole at the Air University in Montgomery, AL, and they were married on Nov. 10, 1960, and had a son, Michael Dale on March 2, 1962. Bill and Iris moved to Alabama to be close to their three grandchildren Breggin, Brandon, and Peyton.

A funeral is scheduled for 2 p.m. on Saturday, Jan. 21 at the Laird Funeral Home Chapel in Natchez, MS. The funeral service will be preceded by a visitation starting at 1 p.m.  Reverend Bill Poole, Iris’ younger brother, will officiate the ceremony. All are welcome to attend and celebrate the life of Bill Eddy.

The family would like to thank the caring staff at EAMC and Dr. Hiran Patel for their care, efforts, and dedication.

In lieu of flowers, please consider donating to TreeUtah. Their address is: TreeUtah 355 North 500West, STE B