Bill to increase fees for guides, outfitters sent to senate 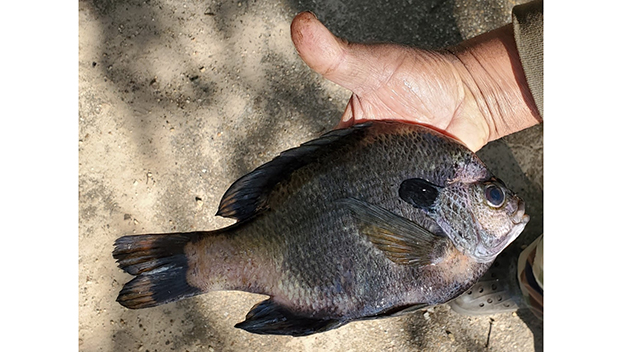 Bream is a popular name given to bluegill, redear sunfish, and other members of the sunfish family. They are a smaller bodied fish and can outfight, pound-for-pound, nearly anything in the water and fry up just as well. Get out and fish them this summer. (Courtesy Photo | MDWFP)

JACKSON — Mississippi’s House of Representatives voted to send a bill to increase the fees for guides and outfitters to the senate Friday. House Bill 517 was first introduced on January 13 and was included in a committee report Wednesday. Senate Bill 2534 would also provide further regulations for guides if passed.

Crappie fishing guide Bruce Thornton’s public comments at the August MDWFP Commission meeting might have helped the legislation to come to fruition. His hope was for the MDWFP to impose a license fee for guides starting at $2,500 for resident guides and $5,000 for non-resident guides among other suggestions to protect crappie in North Mississippi.. Chairman Bill Cossar agreed with his request to raise guide fees in August.

“We need to get rid of the people flying in here, staying in motels, not paying taxes and making a profit,” Cossar said in the August meeting. “All of the guides I have talked to are like this gentleman here. They know where they make their living, and they are not opposed to regulations.”

The commission can set a license fee according to section 49-4-39 of the Mississippi Code. The resident license fee could not be higher than $150 and $500 for non-residents as the law stands right now.

It would need to be changed by the legislature first in order for the department to impose regulations, Cossar said at the August meeting. Commissioners feared backlash if they set a low license cost and raised it.

Senate Bill 2534 would include the same $500 fee for resident guides or outfitters but charge non-residents at a minimum $2,000. It would require one year proof of residence for resident fishing guides and valid fishing licenses, require CPR/First Aid Verification and allow the commission to “exercise all powers to make regulations for enforcement and safety of such services.”

Fishing guides would have to purchase a fishing boat license and decal for $250 and would be prohibited from keeping a recreational bag limit of fish. SB2534 additionally states the guide or outfitter does not count towards the boat’s daily possession of fish.