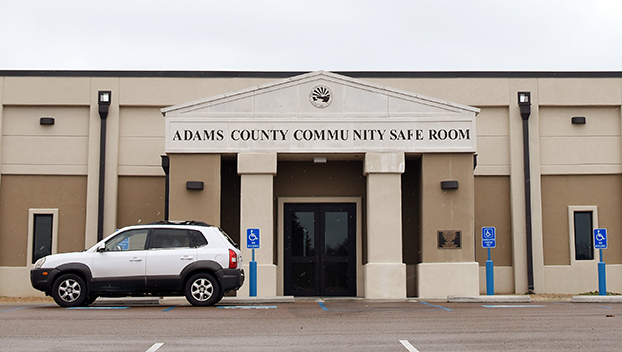 NATCHEZ — Previously arrested or convicted Mississippians have a chance to start the process for a clean slate today in Natchez.

A free expungement clinic is today from 10 a.m. until 3 p.m. at the Adams County Safe Room, at 323 Liberty Road.

But there are things you need first, said Jacqueline Posey, who works in the records department at Adams County Sheriff’s Office.

A background check is required before expungements. You will also need a copy of your indictment, the sentencing order and the discharge order.

Those who have already taken these steps before can move on to the expungement process. For those who haven’t, this clinic will help them get started.

Posey said the expungement clinic is open to anyone in the State of Mississippi, not just residents of Adams County. However, they will need their records from whichever county their case was prosecuted in.

“We can do the background check here, but they would have to go back to their county and get their indictments, sentencing orders and all of that information if it was outside of Adams County,” she said.The Mississippi Center for Justice, Hunter Law Firm, Adams County Sheriff’s Office, City of Natchez and Adams County Board of Supervisors are all collaborating to host this free clinic.

“It is completely free, background checks from us included,” Patten said.

“Normally, the fee is about $750 to start the expungement process,” Posey added. “The Hunter Lawfirm, who is from here, has agreed to do it pro bono.”

This is the first clinic of its kind in Adams County, Patten said.

“When we had the Second Change Job Fair, that was part of it. But the need was so strong for this portion of it that we really wanted to focus on expungements. This is where it needs to start. … I don’t have the exact number but we have somewhere in excess of 40,000 people with misdemeanor charges without dispositions,” Patten said. “These clinics will help clean that up. It’s a statewide problem, not just us.”

Expungement deletes a criminal record and restores those who are expunged to the status they had before the offense. The state removes the record from all official sources. Employers, landlords, and banks should not see an expunged record. The Mississippi Criminal Information Center (CIC) keeps a confidential file of expunged records that the district attorney can access to determine a first-time offender. The district attorney’s office keeps a non-public record for law enforcement purposes.

Mississippi law allows courts to expunge and destroy juvenile records. These records can be seen only by a court order.

Who is eligible to have their record expunged?

In general, you are eligible to have your record expunged if:

You were convicted of a felony offense and it has been five years since you completed your sentence.

There is no limit to how many dismissals or acquittals may be expunged. You may be eligible for an expungement of a conviction if you have misdemeanor convictions or a single felony conviction under Mississippi law. You may only have one felony offense expunged.

To be eligible to expunge a felony conviction, the offense cannot involve any of the following: a crime of violence; arson in the first degree; trafficking in controlled substances; a third, fourth, or subsequent driving under the influence (DUI); felon in possession of a firearm; failure to register as a sex offender; voyeurism; witness intimidation; abuse, neglect, or exploitation of a vulnerable person; or embezzlement.

If you are uncertain whether you are eligible for expungement, consult with an attorney.