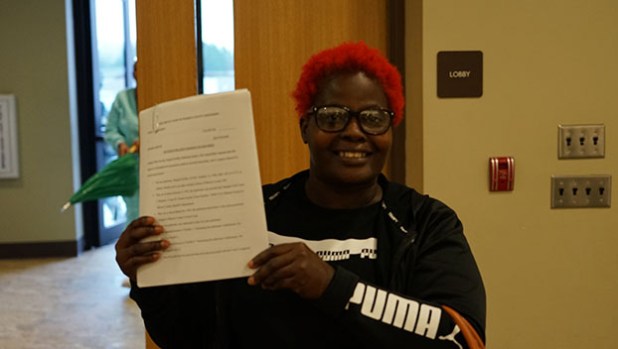 Sengrid Jones of Vicksburg holds up her court papers that a judge will sign to grant her a clean record. (Sabrina Robertson | The Natchez Democrat) 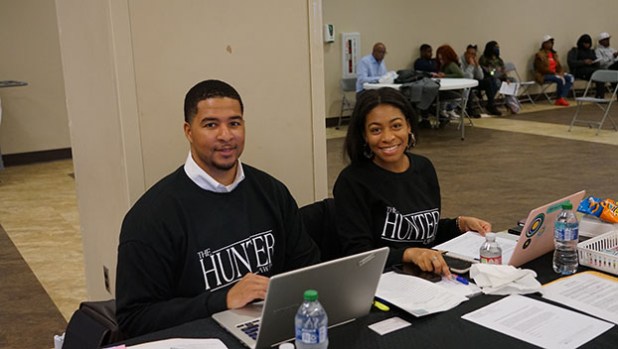 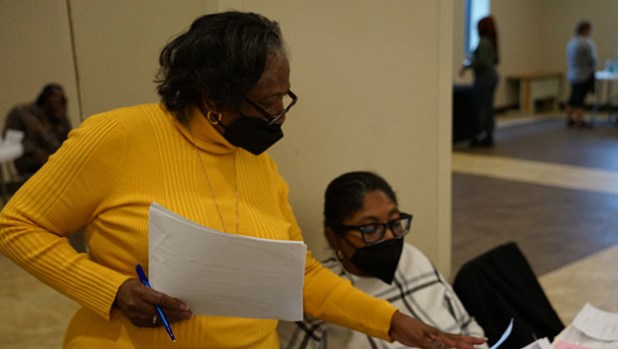 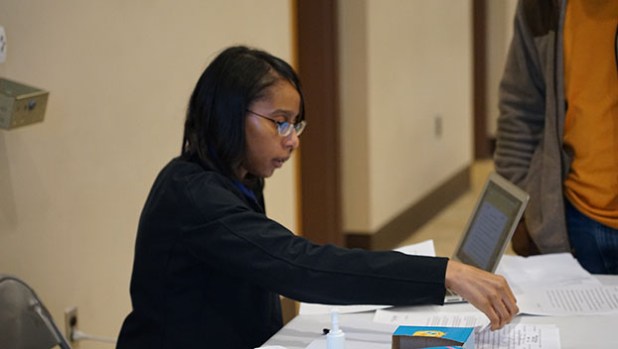 NATCHEZ — Vicksburg’s Sengrid Jones will be 16 years clean and sober in February, but one thing that isn’t clean is her police record.

That could finally change after a free expungement clinic Saturday at the Adams County Safe Room granted her a second chance, she said.

Approximately 150 people were seen at the expungement clinic, which was the first of its kind offered in Adams County. The clinic was sponsored by the Mississippi Center for Justice in collaboration with the Adams County Board of Supervisors, the City of Natchez, Hunter Law Firm and the Adams County Sheriff’s Office.

The District Attorney as well as county and city court judges also volunteered their time to sign all of the necessary paperwork on-site.

Retired Sixth District Circuit Court Judge Lillie Blackmon Sanders attended and signed people in, calling out their names when they were ready to be seen.

Unfortunately, not everybody could be seen that wanted to be within the five-hour window that the clinic took place. From 10 a.m. until 3 p.m., the Safe Room was packed with people looking for their second chance and a clean slate.

Many of them left the clinic free and clear of all of their former charges, Adams County Sheriff Travis Patten said. A few, such as Jones, will have to take some paperwork back to the county they were charged in for a judge to sign the papers.

Life dealt Jones a difficult hand from an early age. Jones went from being sexually abused by two family members to dropping out of seventh grade, running away from home and turning to a life of drug and alcohol addiction.

“I left home at an early age and was introduced to alcohol first, then marijuana. I was a runaway. I got into trouble with the law back and forth. I used drugs off and on for 19 and a half years. I didn’t think there was any hope,” she said.

Jones said when she’d finally had enough, she prayed and said, “God, I’m tired,” and turned her life over to him.

“I was mad at God at first. I kept thinking God was putting this on me. I was angry at God. But it wasn’t God. It was me. They say that 85 percent of the problem is you and only 15 percent is drugs. I had some kind of behavior problem and never knew what it was. It was from being abused as a child and then being abused physically and verbally as an adult. I didn’t know how to live.”

She had multiple misdemeanor charges and a felony when she entered a drug court program in 2007.

“I didn’t know what drug court was but I asked for it,” she said.

After Saturday’s clinic, her record finally would be expunged. Now she plans to use her life experiences to help others who are facing similar battles.

“All I need is for the judge to sign off on it,” she said. “It’s just a blessing that I can complete this and get the license I need to become a social worker.”

With this one small step left, Jones walked away with a smile on her face.

Because Saturday had such a great turnout, Patten said he aims to have another expungement clinic happen in Adams County in the near future.

“For many, it’s a six-month process and they’re getting it done in one day,” Patten said. “Not only that, but it costs them nothing. Many people are here on their own time, not getting paid. We’ve got all of our judges here. My office people are getting paid overtime, but I don’t mind. Not when it is something that is really needed. As evidenced by the number of people here, it is really needed.”

“The reality of it is, when you have someone with a record, most employers are going to pick the other guy,” Patten said. “These people have a chance at better-paying jobs. I’m excited about that.”