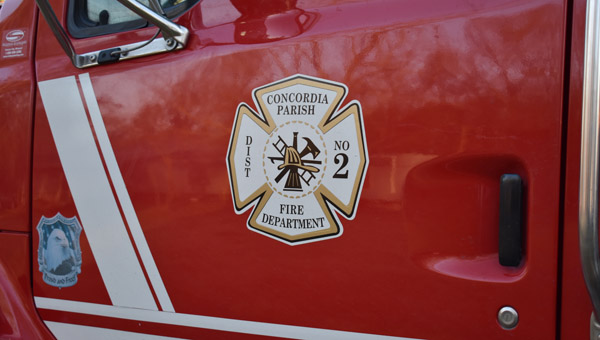 VIDALIA, La. — A special election will determine whether or not property taxes increase for Concordia Parish residents to support fire service for the parish.

During its Monday meeting, the Concordia Parish Police Jury passed a resolution in support of the special election for a proposed millage rate increase.

The proposed increase in millage collected for Concordia Parish Fire District No. 2 is from 6.94 mils to 10 mils, said Cathy Darden.

“If you’re paying property tax on $150,000, you will pay $30 more dollars a year for fire protection. But it’s going to be on the ballot, left up to the voters,” Darden said.

Concordia Parish Fire District No. 2 provides fire service outside of Monterey, Vidalia and Ferriday, which each have their own city fire protection.

The special election is scheduled for Saturday, April 29. Polls are open from 7 a.m. until 8 p.m. on election day.

Ad valorem taxes are the primary funding source for the department, Chief Vick Brown said, adding an increase is needed to increase the number of jobs and manpower the department has. The budget is currently around $600,000 per year, with $500,000 in payroll. The tax increase should increase that budget to just over $1 million.

“Right now, we have 14 part-time guys,” he said, adding there are only two people working on a single shift, 24 hours a day.

“This will allow us to hire and have at least three guys on duty,” he said. “It ups our manpower to respond to emergencies.”

At that time, the parish’s fire rating was a 7, Brown said. Since then, it has decreased to a 6. Brown said he aims to lower it to a 5 by the next grading year in 2026.

“The fire rating is on a 1 to 10 scale with 1 being the best and 10 being the worst,” he said. “The lower your number, the better break you’re supposed to get on homeowner’s insurance. … (The tax increase) is not about getting more money. It’s for the safety of our community.”