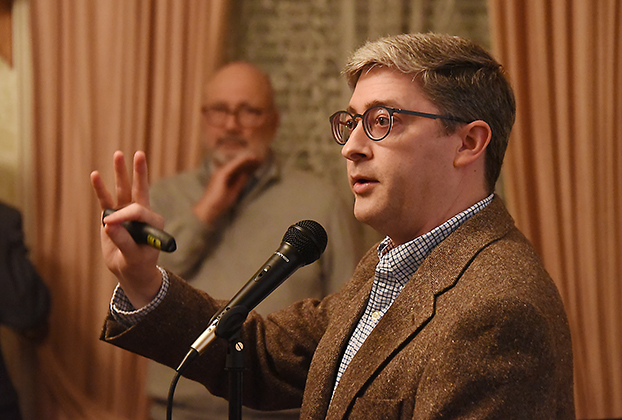 NATCHEZ — The Historic Natchez Foundation is all set to take over operations at the city-owned antebellum house Auburn, located in Duncan Park, after the Natchez Board of Aldermen approved an agreement with it Tuesday night.

“We got an invitation from the mayor” to consider managing Auburn, said Carter Burns, executive director of the Historic Natchez Foundation.

The agreement with the foundation is based on the same agreement the city had with the Friends of Natchez group.

The foundation will promote the home, open it for tours and manage it.

In recent years, the Friends group had issues with staffing the home for tours and it was not open for visitors often because of that.

“We plan to promote the house and draw more visitors there and have it open more often,” Burns said.

The foundation has finished an exhaustive inventory of the furnishings of the home, which Burns presented to the city at its meeting Tuesday night.

The initial agreement with the Historic Natchez Foundation is for two years, said City Attorney Bryan Callaway, who said he put an “escape clause” into the contract.

At any time during the agreement, either party will be able to end the agreement with 60 days notice and does not have to give a reason for doing so, Callaway said.

• Jeff Wilson, president and chief investment officer at Trinity Investments, made a pitch to invest the city’s bond monies for maximum return.

• Heard a plea from James Berry, who represents a committee of rodeo enthusiasts in the area, to be allowed to ride their horses in parades in the city.

Berry said the group was not allowed to participate in the city’s Christmas parade.

“When I was a little boy, I waited until the very end of the parade to be able to see the horses. We were told before the last parade we would not be able to participate,” Berry said.

Berry said he would be willing to have someone in an ATV travel behind the horses in the parade and clean up any mess they may leave behind.

“I’m familiar with these men and they are true cowboys. They bring business to Adams County,” said Ward 2 Alderman Billie Joe Frazier. “I am saying that we as a board should work with them to make it possible for them to be in parades again.”

Berry brought with him copies of regulations and ordinances other towns use to govern horses in their parades.

City Attorney Callaway agreed to study the issue and report back to aldermen.