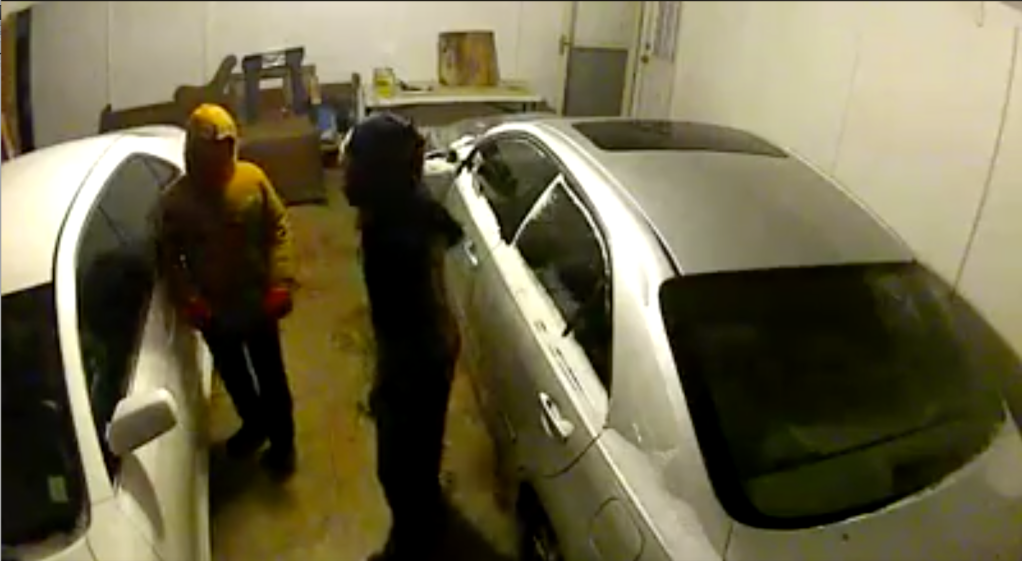 NATCHEZ — A Natchez man Wednesday morning caught on camera what appeared  to be two individuals attempting to break into two of his vehicles off John Glenn Avenue.

Areas of Natchez have experienced what the city’s police chief called “a rash of car burglaries” that started in mid December and continued over the past five weeks, and resident Andrew Little witnessed it firsthand on his own surveillance footage.

And right in the middle of record-low temperatures to boot.

“I was shocked, really” Little said. “Because it was like, “My gosh, it’s 13 degrees out and you’re going door-to-door robbing people.”

Little said Wednesday’s incident marked the first time capturing a would-be crime on camera, but he claimed these instances have been happening throughout his neighborhood for approximately the last two months.

“It’s become an epidemic,” he said.

Little called for increased patrol in the area, alleging that police have neglected to properly respond to criminal activity there. He even said that crime has forced him to heavily consider moving out of the area.

Little said he has personally not seen any improvement in the situation since Natchez Police Chief Walter Armstrong came aboard at the beginning of August.

“I just hope something is done about it before someone gets hurt,” Little said.

But Armstrong, while he agrees that increased patrol is necessary in areas tied to increased crime, refuted that his officers are neglecting individual areas.

“We hear that all the time,” he said. “The only way you’re going to know for sure that there’s absolutely no officers in your neighborhood (is) you would have to sit outside 24/7, 7 days a week … Anywhere where we hear of areas about increased criminal activity, we increase patrol.”

Armstrong also disagreed that the department has not made progress, saying he has seen a significant reduction in violent crime since the alleged shooting rampage events of Oct. 1, where one man was killed and approximately 130 rounds of gunfire was sprayed throughout the city.

He also pointed out that the department, which has battled being 8-10 officers understaffed for the past several months, can only cover so much ground at any one time.

Armstrong said police records show one report of a car burglary on John Glenn Avenue since Jan. 5, when loose change was taken from a vehicle on Jan. 17.

Burglary reports from that day also occurred on nearby Holly Drive, Lindberg Avenue, and Margaret Avenue.

Regardless, Armstrong and other NPD personnel took time Thursday to go door-to-door in the area of John Glenn Avenue as well as Arrowhead Drive.

Of the latter, Armstrong said the department had received more than a dozen reports of vehicle burglaries in that area since Jan. 5.

In all instances, the car doors had been left unlocked.

While Armstrong said a majority of those instances led to no stolen belongings, some cases involved the taking of a bank card, a purse, a laptop, loose change and — in a few instances — weapons.

Police spotted two individuals suspected of burglarizing at least one vehicle, but Armstrong said those suspects got away.

As for the citizens, the best mode of self-protection is to lock their doors, secure their property, and watch out for their neighbors, Armstrong said.

“We know that there’s somebody in this neighborhood who knows what’s going on,” Armstrong said. “We encourage everybody who knows about suspicious activity to call us about what they might have seen.”

Police suspect that teenagers or young adults in their 20s who live in this neighborhood are likely the perpetrators.

Armstrong recalled a similar spree back in August, when approximately six vehicle burglaries took place near Duncan Park, which ended with the arrest of two teenagers. Following the arrest, Armstrong said the department noticed a decline in auto burglaries.

The ebbs and flows of this type of crime are fairly typical, Armstrong said, and finding those responsible would go a long way toward prevention in the future.

“These things come in rashes, and I will admit that over the last 30 days there has been an increase,” Armstrong said. “There have been no arrests yet (as of late Thursday afternoon), but we are actively pursuing the perpetrators.”

The police chief also stressed that property owners have a right to protect themselves and what they own, which mean using deadly force when justified.