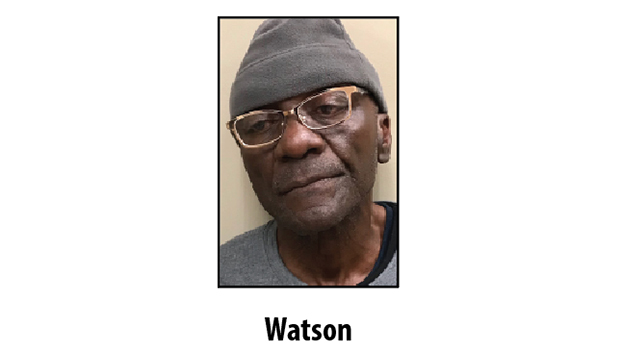 NATCHEZ — A Louisiana man was arrested Monday after he reportedly stole a vehicle from a Vidalia store parking lot with a 2-year-old in the back seat.

Matthew Watson, 68, of Alexandria, Louisiana, is charged with theft of a vehicle and simple kidnapping.

Vidalia Police Chief Joey Merril said a 911 call into the department at approximately 2:45 p.m. from a female caller who said that her vehicle had been stolen from the Vidalia Family Dollar parking lot. The caller said her 2-year-old child was still in the car when it was stolen.

Merrill said police officers quickly responded. The officers on the scene received reports that the vehicle turned west on Carter Street toward Ferriday.

Merrill said one of the officers was able to pinpoint the location of the vehicle by locating the cellphone the mother left in her car.

The cellphone showed the vehicle was at Delta Fuel truck and Service on U.S. 84, Merrill said. With the help of a local state trooper, another Vidalia police officer was able to find the vehicle in the parking lot with the child still restrained in the car seat.

The driver of the vehicle was not on the scene when officers arrived and secured the child, Merrill said. Metro Ambulance was dispatched to the scene and attended to the child, who was reported unharmed.

Officers located Watson was walking along U.S. 84 outside of the Ferriday city limits.  Watson matched the description given by witnesses and was taken into custody.

The mother of the child, who was not identified, was charged with leaving a child in an unattended motor vehicle.

Merrill said he commends his officers for locating the child as quickly as they could and for dispatcher Andrea Foster for remaining calm during the incident and dispatching the appropriate officers to the correct locations.

“This was a very critical incident where we were able to respond rapidly and effectively. It shows the results of the training we do as law enforcement and how things come together when there is teamwork with other local agencies,” Merrill said.

Officers from the Ferriday Police Department, Concordia Sheriff’s Office and the Louisiana State Police assisted in the incident.

PARCHMAN (AP) — An inmate at a Mississippi prison that was a focus of recent deadly unrest was found hanging... read more