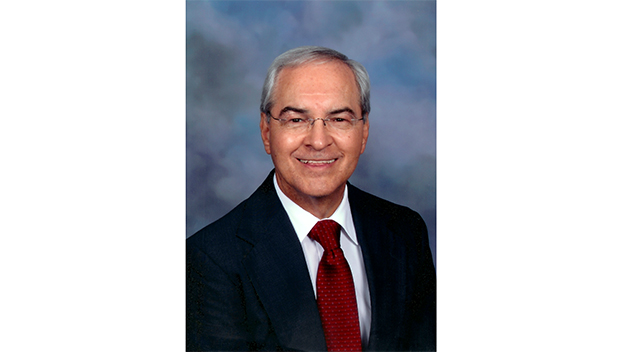 MOBILE, Ala. — Doctor Billy Glen Hinson of Mobile, Alabama went home to be with his Savior on Tuesday, September 29, 2020, at the age of 76 after a year-long battle with cancer. He passed into glory peacefully in his home with his beloved wife, Shirley; his son, Jason; his daughter-in-law, Tabitha; and his grandchildren, Hannah and William at his side.

Billy was born in Natchez, Mississippi, on May 26, 1944, to William Hinson and Bertha Loudean Hinson. He was the youngest of six children with two sisters and three brothers. After graduating from Vidalia High School, he received his bachelor’s degree in Social Studies Education and a master’s degree in History from Northeast Louisiana State College. In college, Billy came to know the Lord Jesus as his personal Savior and met the love of his life, Shirley Ann Ward.

The couple wed in 1965 and had one son, Jason Ward Hinson, while living in Barnesville, Georgia, for a year where Billy taught at Gordon Military College. The family spent four years in Oxford, Mississippi, for Billy’s graduate studies and moved to Lillie, Louisiana, where he taught for four years at Junction City High School while finishing his Doctorate degree in American History from the University of Mississippi. After teaching a year at East Tennessee State University, Billy and his family settled in Mobile, Alabama, in 1979.

In Mobile, Billy became a Professor of History at Mobile College, later renamed the University of Mobile. He taught at the university for thirty-two years, chaired the Department of Social and Behavioral Sciences, and retired in 2011. The university awarded Dr. Hinson the rank of Emeritus Professor of History in 2015, and they continue to hold an annual Billy G. Hinson Lecture Series named in his honor.

Billy was also a skilled vocalist who loved the Lord. He served as Minister of Music for Spring Hill Avenue Baptist Church for over 30 years. The church relocated to west Mobile as Hill Spring Baptist Church where Billy was an active and much-loved member and deacon. In his spare time, Billy enjoyed Bible study, golfing, genealogy, and traveling with his wife and family.

Billy was preceded in death by his parents; his sister, Gerald Dean Hinson; and his brother, Carl Edwin Hinson. He is survived by his brothers, Charles William Hinson and Kenneth Ray Hinson; his sister, Eva Dean Williams; his wife, Shirley Ann Hinson; his son, Jason Ward Hinson, and daughter-in-law, Tabitha Louise Hinson; and his grandchildren, Hannah Louise Hinson and William Lee Hinson.

An open visitation for Billy is planned for Thursday, October 1, 2020, from 6 p.m. to 8 p.m. at Radney Funeral Home, 3155 Dauphin Street, Mobile, Alabama. The funeral will be held the following day at Hill Spring Baptist Church, 335 Eliza Jordan Road North, Mobile, Alabama at 10:30 a.m.

People wishing to honor Billy’s memory can donate to the Hill Spring Baptist Church Building Fund at the church’s address given above.