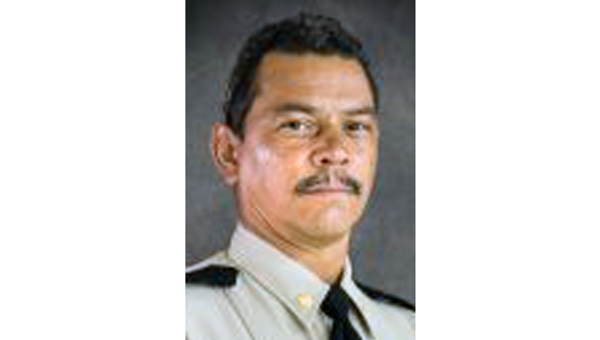 Adams County Sheriff’s Office Chief Deputy Jerry Brown, 56, has been placed on administrative leave with pay following his arrest Saturday for alleged careless driving and driving under the influence.

Brown was pulling a trailer behind his vehicle somewhere in the vicinity of the Adams County Correctional Facility on U.S. 84 in Adams County when he was pulled over by troopers.

“I am told they saw him swerving on Highway 84 and pulled him over,” said Adams County Sheriff Travis Patten.

“He was taken to three agencies — the Natchez Police Department, here and Franklin County Sheriff’s Office” to try to find a certified breathalyzer machine to use on Brown, Patten said.

However, for some reason, none were operable or available to use at the time.

MHP troopers charged Brown with careless driving and driving under the influence and he was booked into the Adams County Jail, Patten said. Brown has since been released.

“I have put him on administrative leave with pay, pending the outcome of our internal investigation or the outcome of his trial,” Patten said. “We hold our people to a higher standard and we will deal with this accordingly. There are no exceptions for anyone. You are innocent until you are proven guilty and this is a process he is going to have to go through.”

Brown’s legal proceedings will be handled through Adams County Justice Court. A call to that agency to verify charges was not immediately returned.

Trump, who never admits defeat, mulls how to keep up fight