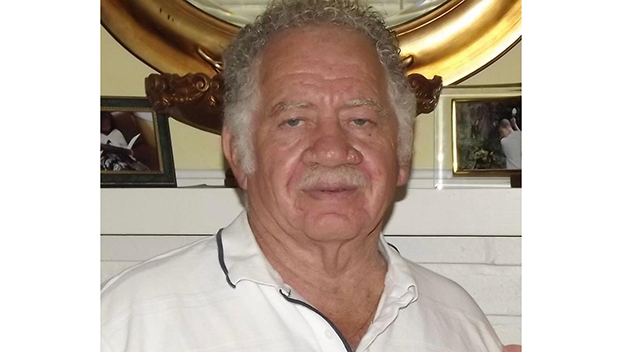 NATCHEZ — Jonathan Wickliffe Grennell Jr., who died Wednesday at 81, is gone but not forgotten by the many people whose lives he touched.

Jonathan Grennell is the father of former Natchez Mayor Darryl Grennell and was actively involved in the Civil Rights movement in Natchez.

His name is etched in the stone of the Proud to Take a Stand monument outside the Natchez City Auditorium with more than 400 others who were wrongfully incarcerated for a Civil Rights demonstration in October 1965.

“I can imagine how happy he was to be alive to see that monument made in their honor,” said Alderwoman Valencia Hall, who lived next door to the Grennell family.

“His is a big loss to this community. … Many of us lived through the Civil Rights movement but he was one who actually went to Parchman and suffered through the ordeal for his children and grandchildren.”

Darryl Grennell said his father was also a member of a secret Civil Rights group known as the “Black Dot Club” who would transport the Freedom Riders coming to and from Natchez to help Black citizens register to vote.

One of the Freedom Riders that Jonathan Grennell drove was Congressman John Lewis, Grennell said.

When Lewis came to Natchez, members of the Natchez Ku Klux Klan planned to kill him and Jonathan Grennell — who was a race car driver — got him out of town safely, Grennell said.

“Later on, I met Congressman John Lewis in Washington and he said, ‘Tell your daddy thank you for saving my life,’” Grennell said.

Jonathan Grennell “wasn’t the type” who wanted to be at the forefront of the Civil Rights movement but was happy to serve behind the scenes in whatever capacity he could, putting his own life at risk in the process, Grennell said.

Jonathan Grennell replaced Wharlest Jackson as the treasurer of the Natchez NAACP after Jackson was assassinated by a car bomb in 1967.

Jonathan Grennell was also talented as a welder, mechanic, musician and businessman and his children followed in his footsteps. He was the first Black man to work as a supervisor at the Johns-Manville plant in Natchez, Darryl Grennell said.

His family also owned a mechanic shop on the corner of Martin Luther King Jr. Street and Woodlawn Avenue that later became the home of a hand-crafted soap shop, “Scent From Natchez,” run by his daughter, Ann Grennell Heard.

YZ Ealey said he and his brothers Melwin and Theodis played in a band with Jonathan Grennell, Freddie B. Shannon, James Tobes Smith and A.J. Reed after Ealey returned from serving four years in the United States Navy in 1955.

“It was before the Civil Rights movement really got going,” Ealey said, adding everyone was still segregated back then.

Ealey said Jonathan Grennell played the trumpet and Reed played the saxophone and together they were “a great pair on the pipes.”

“We played all over the Miss-Lou,” he said. “We were the house band and ‘Haney’s Big House’ (in Ferriday) from 1960 to 1963. We were the opening act for names like B.B. King, Bobby ‘Blue’ Bland, Larry Birdsong and many other big-time bands.”

Ealey said he and Jonathan Grennell were as “close as brothers.” They met as classmates when Ealey transferred from St. Mary Catholic School at Laurel Hill to St. Francis in Natchez in 1951, he said.

“We had good times together,” Ealey said. “I did as much for him as I would my brothers and he did the same for me. That’s how we were from grade school up through the years. He was kind and firm in what he said and a pleasant, lovely man who played his instrument well. We dearly loved each other.”

Jonathan Grennell was also known for his kindness and generosity, said Chesney Doyle, who worked with Darryl Grennell through his mayoral campaign.

“It was one of the great privileges of my life to get to know the Grennell family through my friendship and work relationship with Darryl Grennell,” she said. “Mr. Grennell was the patriarch of a really incredible family. It’s largely because of who he was and the experience that he had that he and his beautiful wife, Renza, who was a school teacher, were able to bring up a legacy of children who did wonderful things for this community — a legacy of love and service.”

Darryll Grennell said his dad welded iron for Baptism pools at churches as well as did tasks here and there for family and friends.

“It wasn’t a profit thing. He would help people for the cost of material,” Grennell said. “He helped so many people in this community. Sometimes he would forget about the things he did to help others, but the people he helped would never forget.”