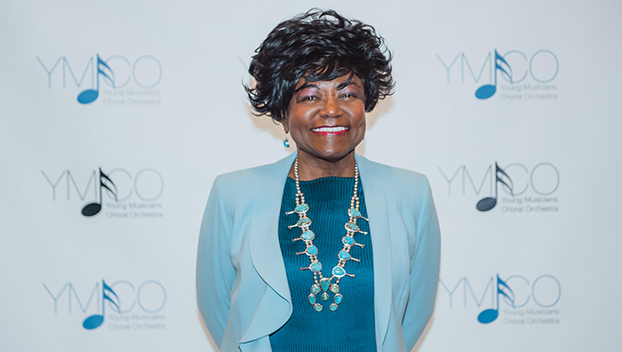 A memorial service for Daisy Cecelia Newman, 74, will be held at the Natchez Convention Center on Sunday, Aug. 15, at 6 p.m. Photo courtesy of | The Young Musicians Choral Orchestra.

BERKELEY, Calif. — A memorial service for Daisy Cecelia Newman, 74, will be held at the Natchez Convention Center on Sunday, Aug. 15, at 6 p.m.

Newman passed away peacefully on Feb. 10, surrounded by loved ones in spirit. She was an exceptional woman who was dedicated to uplifting the lives of those she encountered.

Newman was born to David Newman Sr. and Hattie Bivens in Natchez on Jan. 5, 1947.

Newman excelled in school and was named the valedictorian of Sadie V. Thompson High School’s Graduating Class of 1965. She attended Jackson State University, where she was a member of the Delta Sigma Theta sorority, and graduated from Cleveland State University in 1970 with a Bachelors of Arts. Newman received additional musical training at Oberlin Music Conservatory, Oglebay Opera Institute, Tanglewood Festival and the Marlboro Music Festival.

Newman was a highly regarded musician who enjoyed a 20-plus year international career as a soprano soloist in opera, oratorio and recital. Early in her professional career, she taught music in the public schools in Cleveland, Ohio. Throughout her career, Newman performed on five different continents.

She worked closely with such noted musical figures as Leonard Bernstein, Robert Shaw, Erich Kunzel, James Conlon, Seiji Ozawa, Mstislav Rostropovich, Boris Goldovsky and Rudolf Serkin. Newman was featured as a soprano soloist in Leonard Bernstein’s Songfest in his widely acclaimed 70th birthday tour in England, Germany and Russia and participated in the Tanglewood Bernstein Birthday Celebration. Seiji Ozawa, former conductor of the Boston Symphony, awarded Newman “most outstanding vocal soloist” at Tanglewood Music Festival. Newman’s most performed role was Cio-Cio-San in Madame Butterfly, and her production of Porgy and Bess was nominated for a Tony Award following a three-month run at Radio City. Throughout her career, Newman received keys to several American and European cities, including Bournemouth, England, given to her by the Lord Mayor honoring her outstanding vocal performances. Ms. Newman was also awarded city proclamations from Columbus, Ohio; Hartford, Connecticut; Charleston, North Carolina; and two from Berkeley.

Newman spent over 30 years as an administrator, working in the education departments of the New York Philharmonic and the Detroit Symphony Orchestra. In that capacity, she designed and implemented a range of programs serving both inner-city and suburban youth that included a school partnership program involving eight school districts; the DSO Summer Institute, an orchestral training program; Sinfonia, a training orchestra; the Jazz Youth Initiative, linking young musicians with legendary jazz masters; a partnership the Detroit School for the Performing Arts and the Civic Jazz Orchestra; and DSO’s first big band for middle and high school students. She also administered DSO’s Civic Orchestra for youth, educational concerts for students, a national fellowship program for young orchestral musicians, a residency that provided musical career training for graduate students and the Unisys African American Composers Program for visiting composers.

Newman was recruited to be the executive director of UC Berkeley’s Young Musicians Program in 2003. In 2006, the President’s Council on the Arts and Humanities awarded the prestigious Coming Up Taller Award to the Young Musicians Program, resulting in a performance at the White House in 2007. First Lady Laura Bush presented the award to Ms. Newman and YMP student performers. Newman brought a wealth of musical and administrative experience to her position at Berkeley. When asked to state her primary goal for YMP, she responded, “I hope to transform each student’s enormous potential into stunning achievement.”

In 2013, she founded the Young Musicians Choral Orchestra, the only choral youth orchestra in the nation, where she focused on empowering youth from low-income families through her creation of the “Power Triangle,” a concept which requires students to excel in musicianship, academics and citizenship. Newman inspired her students to “shoot for the moon” by requiring them to strive for excellence in all areas of study and life. Through rigorous high-level training and challenging students beyond what they felt capable of, Newman brought the very best out of every student who was willing to follow her vision.

Under Newman’s leadership, 100% of the students that graduated from her programs applied for and were accepted into one or more colleges. Those students have attended and graduated from the top 30 universities and conservatories across the nation on full scholarships. Over the years, her students have been sought after by multiple colleges and garnered over $4 million in scholarships. The list includes Harvard, Yale, Juilliard, Massachusetts Institute of Technology, UC Berkeley, Stanford, Brown, Columbia, Williams, Northwestern University, Oberlin, UC Davis, UC San Diego, UC Los Angeles, USC, UC Santa Cruz, University of Florida, University of Michigan School of Music, Manhattan School of Music, New England Conservatory, Carnegie Mellon and many more.

The respect and admiration Newman received from top artists, conductors and orchestras was unique. Her knowledge of and ability to navigate multiple genres of music helped create an arts community that helped to bring the “Big Stage” artists to her programs.

Newman was a champion of “leveling the playing field” for people of color and underprivileged students. She created opportunities and pathways for performers, composers, teachers, administrators, fundraisers, graphic designers and more to sharpen their skills and share them with the world. Newman’s reach literally spans the globe and her thousands of children can be found working in every field imaginable.

In addition to her impressive career, Newman was a massive sports fan, having met and/or attended games played by the “Steel Curtain” Pittsburgh Steelers, “Air Jordan” and the Chicago Bulls, the legendary Boston Celtics and the Oakland Raiders (before they moved to Las Vegas). An extreme lover of cinema and an actress in her own right, Newman could memorize movie scripts and provide a vivid description of a movie that made you feel like you were watching it. Known as a “small but mighty powerhouse,” Newman could command a room with her intellect, incredible style of dress and creative programming. Her words had the power to move and inspire.

Newman leaves behind her devoted sister, Dorothy Hills, who described her as a “mighty woman with a torch.” Newman’s wondrous strength, sense of humor and amazing smile will forever be remembered and missed by all of her loved ones.

In lieu of flowers, please consider donating to the Daisy C. Newman Memorial Scholarship Award, which will be given to YMCO’s highest achieving students. For more information on Newman’s life and legacy, please visit www.youngmusiciansco.org.