Police first arrested Trayvon Thomas, 22, on April 16 quickly after they reportedly responded to a call about an adult man found in a 13-year-old girl’s bedroom. 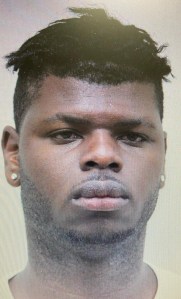 According to a news release from Vidalia Police Department, further investigation ensued after the first arrest and investigators determined that Thomas had a sexual relationship with the 13-year-olds. Search warrants were issued and investigators reportedly found inappropriate messages and pictures between Thomas and the first juvenile victim.