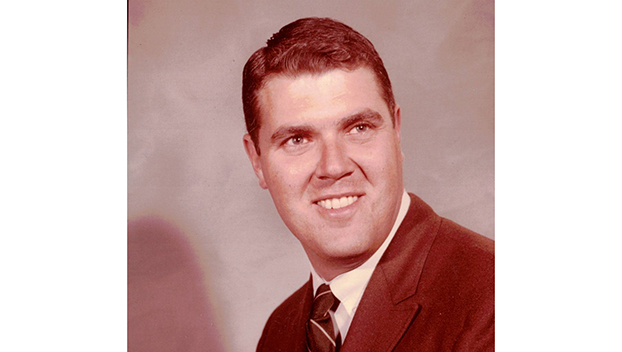 Frank Junkin Foster, Jr, died on May 28, 2022, in Salem, Oregon. He was born in Natchez on May 11, 1936.  He was predeceased by his mother, Otimese Brown Foster; his father, Frank Junkin Foster, Sr. and his partner, Victor Briody.  Frank is survived by nine paternal first cousins, a number of maternal cousins and many other extended cousins.  He was widely beloved and had a knack for charming anyone he encountered.

Frank grew up in Natchez, surrounded by family including his beloved Granny Ruth, six sets of aunts and uncles, and sixteen first cousins.   A product of the Natchez public schools, Frank became enamored with acting prior to his high school graduation in 1954.  When the movie “Showboat” was being filmed locally in the early 1951, teen-aged Frank secured an extra role in the production.  He’s clearly visible as one of the singing, dancing actors who appear on the showboat’s upper deck during the opening scene. In 1957, Frank continued his acting experiences as an extra in “Raintree County.”

From that auspicious beginning, Frank acted in a Broadway musical, appeared in the first touring production of “Who’s Afraid of Virginia Woolf,” crisscrossed the country with multiple theater troupes, and performed in television series such as “McMillian and Wife” and “Adam 12.”  He was an adventurous traveler, visiting dozens of countries and calling numerous states home before settling in Oregon.

A multitalented individual, Frank developed a passion for hybridizing irises and created forty-five new strains over a sixty-year period.  He was recognized as an iris expert, often speaking at gatherings of iris aficionados in the United States and abroad.

These accomplishments describe Frank and a life well lived, but his family and friends will likely remember him most lovingly for his soft Southern drawl that never vanished; his gentle, enveloping hugs; and his uncanny ability to enthrall everyone with his endless stories.  He was a light in the darkness who will be profoundly missed by all who knew him.

The family is especially grateful to Peggy Gantt, Frank’s dear friend, whose unstinting devotion brought him such happiness and comfort.

His remains will be scattered in a beautiful location In Oregon by his cousin, Caitlin Lilly and Peggy.  A monument will be placed in the Natchez City Cemetery plot where his parents’ repose.  The surviving cousins plan to gather at that location sometime in the future to honor Frank and share family stories.