Man out on bond for child molestation charges arrested when he traveled to Ferriday to meet minor, authorities say 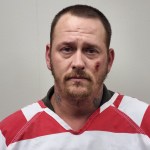 FERRIDAY — A 36-year-old man who was released on bond after charged with six counts of child molestation was arrested on Saturday after authorities said he traveled from the Winnsboro, Louisiana, area to Ferriday to meet a juvenile.

Concordia Parish Sheriff’s Office deputies arrested Mica G. Adair, 36, from Wisner, Louisiana, and charged him with indecent behavior with juveniles.
The CPSO Cyber Crime Unit reportedly began investigating an adult subject who initiated contact with a minor online by way of chats.
During the conversation, the subject requested nude photographs of the child in the shower and discussed “meeting up.”
At approximately  5:15 p.m. Saturday, he arrived at a store parking lot in Ferriday after driving from the Winnsboro area.
He was met by CPSO detectives and taken into custody.
Upon identifying Adair, investigators learned that he was out on bond from a pending a case in Tensas Parish in which he was arrested and charged with six counts of molestation of a juvenile.
The matter remains under investigation.